The Importance of Following Your Vision – Alison Kriel 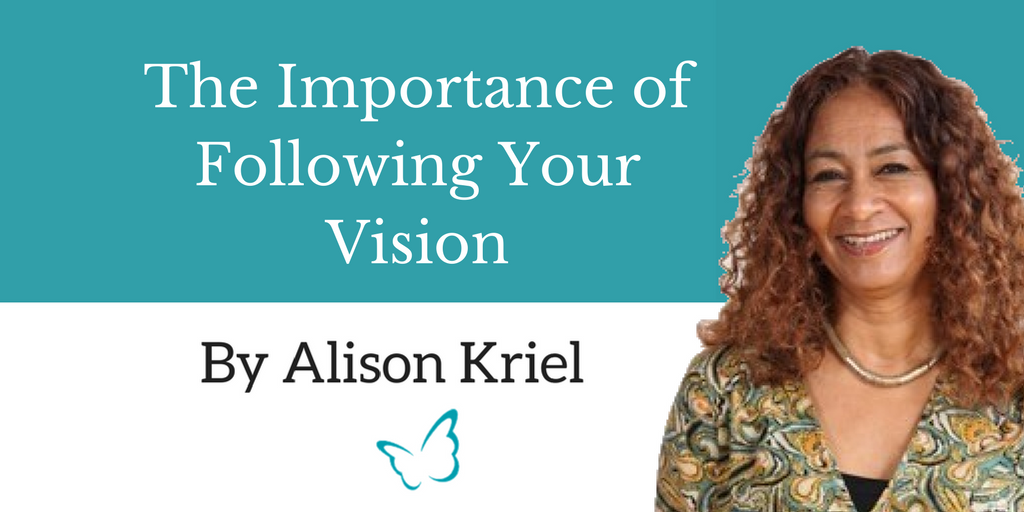 This blog comes from the Headteacher of Northwold Primary School and “Education for the Soul” 2017 Facilitator, Alison Kriel.

Teaching is what the women do in my family. As a child I decided I wanted to be different but there’s something about the calling that comes from deep within and my passion and respect for the profession has never wavered.

Over the time, I have been in education – I have been inspired by some wonderful leaders that have believed in me and who had a deep belief in their own vision and did what was necessary to see it through.

From the outset I loved inner city teaching – the diversity and the challenge. I started off my career as a Year 2 teacher in Hackney. Our Head at the time was working towards a vision of an outward looking, inclusive and supportive school. While I was there, all the staff and myself felt valued and everyone felt welcome. However, there was a couple of occasions that really stood out to me and have inspired me in becoming the leader I am today.

One morning whilst doing the register a pupil responded to me by saying, “Good morning Blackie”. As soon as I mentioned it to the Headteacher, she gave up the rest of her day to lead an impromptu art lesson with me and my class, doing self-portraits, showing the children how to mix skin colours and talking about her experiences of growing up as a child in France during the Nazi occupation.

It was a mastery lesson in how to help children have an informed perspective of the world, one that I have carried with me throughout my career. She could have simply asked me to deal with it as I saw fit. But she recognised the importance of tackling and fighting for what mattered most.

By dropping everything, she showed to me and all the staff, the importance of pursuing those things you truly believe in as a leader, your vision and values.  On a personal level, it brought me great reassurance and joy to see my Headteacher supporting me like this and made me feel even more at home and motivated at the school.

Later on in the same year, which was around mid-way through my first year, she asked me what I thought most needed to be developed in the school. Many Heads may not think to ask a first year teacher what they thought was a budget priority. But she did and when I said music, she then gave me a budget and persuaded me to organise an international music week.

It was a huge risk on her part to trust a 1st year teacher with a budget like that but I relished the opportunity. I liaised with local musicians and secondary schools and we had a week of workshops and performances.

My Headteacher recognised the potential in me, saw that I had a different perspective on how the curriculum could be delivered and trusted me to deliver it. It was also my first taste of leadership and showed me how the best outcomes often come through collaboration.

It also highlighted the importance of not just spotting potential within your team but empowering your staff by trusting in them and giving them the opportunity to shine.

As an NQT, I was also fortunate enough to have a wonderful mentor. She was formidable – sharp, to the point but I always knew that she believed in me and I quickly recognised that all of her feedback was my opportunity to grow.

During my fourth year of teaching, when my mentor took on her first headship – I decided to join her initially as a Maths Coordinator and then as her Deputy Headteacher. Growing into our respective leadership roles was an enormous learning curve – always challenging, sometimes painful, but the school quickly became successful and popular.

She provided all the staff opportunities to lead and we could do so safe in the knowledge that she was fiercely loyal and always had our backs. I learned the importance of aiming to get a good balance of leading from behind as well as the front when the need arose.

She had no fear in standing up for what she believed in as a leader, challenging anyone especially when it came to inclusion, equality and employment rights. Everyone knew what she stood for and always had the courage to remained true to that, an example which inspires me to this very day as a leader.

As she believed in my potential, she also often discussed me moving on to take up Headship but at that time, I had no desire to do so. I felt I still had so much learning to do. It also felt like every year had fresh challenges and I was waiting for a period of professional stability. Learning to be a Headteacher in that period of change seemed like madness. Although, eventually she persuaded me to apply for the headship of a new school.

It was widely believed that the local authority wanted to appoint a man in a suit. I was assured that I was not appointable. An outspoken black woman with mad hair did not fit the bill. Throughout the first day of interview I felt completely removed from my reality and when I was invited back for the second day of interview I was convinced that it was purely to make up numbers and to keep the local union groups quiet.

I had nothing to lose, took a risk and like my previous Heads had done in their own way, I shared my vision. I went as me and spoke as me. I was staggered to receive a call later that afternoon offering me the post. My school community went into huge celebrations. My success was their success.

I’d got the post but I was in pure terror. I wasn’t ready, I didn’t expect to be appointed, and I was full of self-doubt. One day I couldn’t contain my terror any longer and I found myself sobbing in my office, unusual for me.

A colleague found me, actively listened and made it ok for me not be ok. The next day she bought in a copy of “Feel the Fear and Do It Anyway” by Susan Jeffers. The book, the words my colleague had said to me and the fact that my Headteacher and those who had appointed me had seen something in me, proved a huge reassurance in the months that followed.

All these experiences proved vital, several later I was invited by the LEA to support a local school that was in trouble.

Everyone wanted the school to change but improvement was slow as no one wanted to change the way in which they worked and tensions were beginning to reach boiling point.

I was just putting out fires, making the cosmetic changes that my Local Authority wanted to see as I was under heavy pressure to turn around the school. I found myself really implementing their vision rather than my own. Leadership was also at its most stressful and difficult, as I had allowed myself to doubt what I believed needed to be done rather than trusting in myself.

One day, I decided things needed to change. I remembered the examples of my Heads who had inspired me, how they had had the courage to lead authentically. Like them, I needed to take up my authority and put my own vision in place and what I believed in.

As soon as I started doing that, things became much easier. I was a better leader for the staff as I was able to share my vision with them and there was greater transparency.

I made changes to bring community cohesion and developed practice for the good of all. From that point onwards, the school quickly became much more collaborative and we gained school stability. It had taken all of my courage to stand up against local policy but it worked and quickly the school rose to success.

The whole experience had brought home to me that headship can be managed and success can only be achieved by being authentic, believing in yourself and remaining true to your vision, like my former Heads had done when I was a teacher.

I had learned the hard way that following the vision of others does not bring the success I enjoy.  It takes courage and we have to give ourselves permission to lead authentically.  However, when we are true to our vision it brings happiness and joy in what we do and it brings security to those around us.

Over the last decade or so, we have worked with hundreds of senior school leaders to help them maintain a clear focus on both their professional and professional visions.

In that time, we’ve discovered seven habits of effectively school leaders that can help school leaders lead effectively, keep their hope alive and keep hold of their vision for both themselves and their pupils.

This is particularly for those school leaders who want to find out more about the steps that they can take to enable them to fulfil their ‘heroic project’ of “setting minds of fire”, but without sacrificing their own wellbeing.

To download your free copy of “The 7 Habits of Highly Effective School Leaders”, please follow the link below…