Our Blog Archive is organised into 8 key themes to make it easier for you to find posts on areas that are of particular importance to you:

Why coaching is an essential support mechanism for School Leaders

The qualities of Outstanding School Leaders

Reflections on the increased accountability for school leaders

Maintaining Personal and Professional Well Being

Having been in education for several decades now, I’ve had plenty of chance to witness what leadership at its very best looks like in our schools. In that time, I’ve observed how great leadership often comes when individuals feel empowered from the inside out, are able to take decisions that are right for their own settings and on a personal level, they are emotionally and psychologically ok. However, I’ve also seen how the circumstances of our education system in the last few years has begun to hinder this, such as the undercurrent of fear that now exists within our profession resulting from an accountability system – that at times, has seemed to be more punitive than supportive. Meanwhile, there has also been rising stress levels amongst Heads, who are increasingly expected to manage change that is driven by external forces and in a direction that many feel is the wrong one, such as the imposed Curriculum a few years ago and enforced academisation more recently.

END_OF_DOCUMENT_TOKEN_TO_BE_REPLACED

How to Survive as a MAT CEO

Over the last few years I have moved from being the head of a single school, albeit on two sites, to CEO of a Multi Academy Trust serving over 4,000 students and employing about 700 staff. I love my job and the fantastic staff and students I get to work with every day, but the pressures of this changed role and the ever increasing demand for more have taken their toll. This year has probably been one of the hardest – and most rewarding – of my career. From a place of still figuring things out, there are five key observations I would like to make about how to survive as a leader and what my strategies will be going forwards.

I believe I have always been fairly sensitive to other people’s feelings. This was confirmed once by completing the Myers Briggs Temperament Index. Though I don’t regret it, this sensitivity made my job as a school leader more difficult, not easier, especially as I didn’t know as much about emotions then as I do now. I see now that I was actually quite scared by very strong emotions in others, probably because, deep down, I was scared of some un-felt, un-processed emotions in myself. I would therefore often take refuge either in rationalising or closing them down altogether. However, through my TA psychotherapy training, I’ve learned that the purpose of emotions is to elicit understanding and evoke a response. It’s how babies learn to survive. How successfully we managed this in our infancy, with the vital involvement of our care-givers, will affect our attachment style (i.e. relationships) for life.

END_OF_DOCUMENT_TOKEN_TO_BE_REPLACED

Why our Schools Need Authentic Leaders

It truly saddens me to say this, but it is my belief that one of the unfortunate legacies of recent educational reform has been the fuelling of egocentric approaches to school improvement.   Government policy has enabled investment that has assisted the creation of personal power bases, rather than an education system in which all truly flourish.   For those heads and school leaders who have sought to maintain an altruistic approach to their roles, the constant question many have struggled with is; “How, within the current realities of the education system, can I maintain my original ideals and lead with true authenticity?”   The school leaders who ask this question are the brave and courageous ones. They are the ones who are prepared to do the ‘inner work’ of school leadership and ask the deep questions that will ensure that they remain rooted in their values and what they know to be true. They are the authentic leaders.   And, make no mistake, like never before, we need these authentic leaders. We need them at the helm of our schools for 3 key reasons:   1. Every child has the right to flourish   For this to be true our school leaders need to flourish. School leaders cannot and do not flourish when they are leading from a place that is a lesser version of their true/best self. It simply isn’t possible.   Within us all there is a desire to reach forward, to grow. However, when this is thwarted, whether through fear, the misuse of power, etc., individuals adopt behaviours that keep them and their aspirations... END_OF_DOCUMENT_TOKEN_TO_BE_REPLACED
« Older Entries
Next Entries »

Why coaching is an essential support mechanism for School Leaders

by Viv Grant | Mar 22, 2017 | blog, Why coaching is an essential support mechanism for school leaders

“I had to fight my Governing Body for Support” – Secret Headteacher

For the last three years, I have been the headteacher at a special needs school. When I first joined the school, it was very much going through a difficult period of transition. The head and the deputy head had both left at the same time, and so had left the school without any real leadership and in a state of instability. So I was brought in, relatively inexperienced and without any real leadership support, to make some substantial changes.

END_OF_DOCUMENT_TOKEN_TO_BE_REPLACED

by Viv Grant | Jan 22, 2017 | blog, Why coaching is an essential support mechanism for school leaders

Are School Leaders being Ignored?

We’ve all been there. I know I have. That moment when you realise that the person you are talking to is not listening. They are pretending and the moment you become aware of this, you begin an inward retreat, silently vowing to only reveal the bare minimum of yourself, whenever you are in their company again.

Reflections on the pressures of increased accountability for school leaders

Why Budget Cuts hurt our Schools and their Leaders

Earlier this year, the TES quoted a report by the NAHT that revealed, ‘65% of school leaders “strongly agree” that cutbacks have already had a negative impact on the performance of their schools.” In discussions related to the impact of spending cuts we have become used to reading about schools asking parents to contribute towards books and other essential supplies. We have become used to hearing about the pressure of increased class sizes, reduction in supply budgets and teachers taking on a raft of additional duties to cover posts that have been deleted. We hear all of this and quite naturally we understand how financial cuts have had a detrimental impact on the performance of many of our schools. However, there is an added dimension to the debate that is often missed. Since the global financial crisis austerity has been an ever-present part of the collective mindset.

END_OF_DOCUMENT_TOKEN_TO_BE_REPLACED

Why Public Scrutiny in Education has gone too far…

It was the late Psychologist Carl Rogers who over forty years ago said; “Our educational system takes the view that the nature of the individual is such that he cannot be trusted. That he must be guided, instructed and controlled by those who are wise or higher in status. It does not matter that he was an American. His statement is just as true for the UK Education System. The evidence is clear for all to see; Guidance, instruction and control in our system has led to increased powers for some and decreased powers for others. It has led to the creation of a culture where many a school leader.

The qualities of outstanding school leaders

I have worked as a Head for 20 years. I was appointed to my first post of Headteacher in 1998 after covering for a year for my substantive Head who decided to take early retirement after a bout of ill health. After 9 years, I then moved to one of the first Co-Headships in the Borough, for a period of 5 years and then onto a full-time role as Head in a different school for a further 5 year. I returned to a Co-Headship for my final year as a Head before I started working full time as a coach. Suffice to say, overall, I did enjoy the challenges of Headship. As a teacher I had had bucketloads of creativity, but realised as time passed in the early years, as a Headteacher, that my creativity had been squeezed, year after year, dampened by reports, data, and more. As I unpicked my thinking, I realised that I had also started to hide my authentic self. I found myself distancing myself from the staff and sharing less and less, eager to take on the perceived notion of what a Head should do. I spent more time at home working, rather than relaxing. As a Head with young children, I did not have any time for me and any downtime was napping in front of the TV. There was a distinct lack of creative endeavour. More worryingly, over the last ten years as a Head, I had very effectively stopped giving myself any time.

END_OF_DOCUMENT_TOKEN_TO_BE_REPLACED

Leading with Authenticity – The Cost of Not Being Yourself

Many of us have, no doubt, experienced times or even situations when we have felt the need to act differently from what feels to be our true self. Sometimes this is because we believe that in order to succeed or gain approval, we have to alter our behaviour and show others a changed version of ourselves; one that we perceive others want us to be – a “false self” that we think will meet their expectations. In some situations, the “false self” acts as a very clever defence mechanism.

With many other people I am deeply concerned about the global turmoil that is destabilising our world. As someone I met recently in the US put it, ‘It seems as though human kind is going mad!” We seem to be acting like lemmings about to rush over a cliff to our deaths. At a political, cultural and social level distress is clearly identifiable as the good of humanity and the world is set aside.

END_OF_DOCUMENT_TOKEN_TO_BE_REPLACED 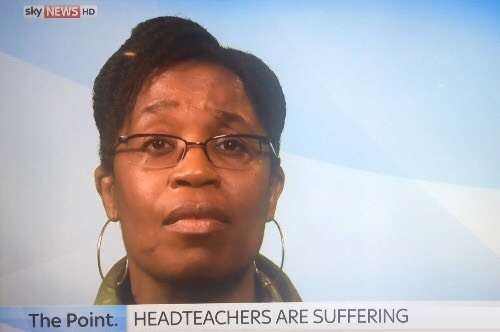 My Appearance on Sky News – “Headteachers are Suffering”

Several weeks ago, I was fortunate enough to be asked to appear on Sky News to share my thoughts on the Head Teacher recruitment and retention crisis. A topic which I believe to be of fundamental importance to our education system at this current moment in time. In my short stint on “The Point”, I discussed that according to three Educational Leadership organisations, English Schools may face a shortage of up to 19,000 Heads by 2022, findings which were also substantiated in a recent article in the Times.

If you’d like to receive our weekly blogs and updates throughout the school year, you can do so by completing the form below…