Mac Macartney is an international speaker, writer and change-maker and contributes to many diverse organisations and communities. He has established a portfolio of enterprises both in the commercial and not-for-profit sectors, including Embercombe, a valley on the edge of Dartmoor National Park which seeks to explore and promote the profound regeneration of land, society, and people. Over a period of twenty years Mac was mentored by a group of indigenous elders.

In 2013 he was presented with the Enlightened Society Award by Sakyong Mipham Rinpoche, and in 2015 he was awarded an Honorary Doctorate in Education for his work in service to the community by Plymouth University.

He has delivered four compelling TEDx talks. Mac is a member of Danone North America’s Advisory Committee and is a passionate advocate of the B Corp movement within business. In the past he has also sat on the sustainability advisory panels for Lafarge, Lend Lease, and Procter & Gamble. Mac is the author of two books, Finding Earth, Finding Soul, the invisible path to authentic leadership and The Children’s Fire, heart song of a people.

What is Mac’s talk about?

Viv Grant is the Director of Integrity Coaching. She is also an Executive Coach, Author and Public Speaker. Viv has been in the teaching profession for over thirty years. When she was just thirty-one and expecting her first child, she was appointed as one of the youngest Heads in the country to turn around a failing primary school.

It was because of her experiences as a Head, that Viv developed a deep interest in approaches for supporting the emotional and mental well-being of school leaders.

As an Executive coach, Viv now works extensively with Head teachers and school leaders, helping them to overcome the challenges of their roles, so that they are able to maintain their humanity, joy, love for the profession and the communities they serve.

Her book “Staying A Head” is considered a seminal work in this area. Recognised as an expert in the field, she has contributed to various books and periodicals on the subject. As an expert commentator, her contributions have also been featured in The Guardian, London Live, Sky News, Radio Four, Woman’s Hour and the World at One.

Viv is also an Advisory Board member of the UK’s first Centre of Excellence for Mental Health in Schools, at the Carnegie School of Education, Leeds University

Prior to setting up Integrity Coaching, Viv worked as a lead consultant on a range of leadership development programmes for the Institute of Education, the National College, the National Union of Teachers [NUT] and the Department for Education [DfE].

What is Viv’s talk about?

What will the Retreat Offer?

The day will aim to provide a space and opportunity for… 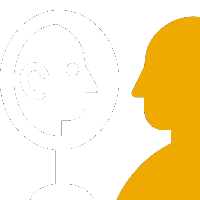 Where leaders can find solutions, practical ideas and suggestions for taking themselves and their schools forward in the coming year

Where leaders can share, laugh and have time to talk with others about how to achieve the very best for themselves and those they lead and manage

To purchase your ticket for the event, please follow the link below…