Reconnect with your vision, passion, purpose and prepare for the rest of the year on one of our transforming leadership residentials for Headteachers in Suffolk

– Have time to explore your personal leadership journey and what it means for you and your school?

– Deepen your understanding of who you are as a leader and how you can develop greater self-belief and courage?

– Improve your ability to stay true to your vision and values, even in times of great change?

Our “Heads Together” Community begins with our two-day Transforming Leadership Residential, set in a beautiful location in the Suffolk countryside.

It is designed to lay the foundations for the year ahead, by helping participants gain clarity on their current situation and what they want to achieve. It also provides a unique space for leaders to build relationships with their fellow participants.

Through activities such as journaling and structured discussions, the Residential is designed to provide you with an opportunity to:

– Learn how to build emotional resilience and courage to take risks.

– Explore strategies for securing good outcomes for yourself, as well as those you lead and manage.

– Grow and reconnect with your original vision, passion and purpose.

– Make sense of what it means for you to be a school leader today.

– Deepen your connection with your original vision, passion and purpose.

– Clarify the experiences and values that underpin you and your role as leader.

– Reflect on your experiences and how these can be used for growth.

– Recharge your batteries and refuel your passion.

Accommodation and Meals: As part of the programme cost, we will make arrangements for participants to stay in a nearby Bed and Breakfast and meals will provided throughout your stay.

“The programme offers a safe environment to be honest with yourself about your Leadership journey.  They give you space both physically and mentally to think, reflect, be vulnerable, and replenish your sense of purpose.  It is flexible enough to fulfil the varying needs of each individual.  I have found the residentials to have been invaluable to my leadership potential.”

Benefits of the Residential

Through journaling, reflection, walking and a series of facilitated discussions, the two day programme of the residential is designed to help you leave with…

A renewed sense of self, vigour and passion for your role 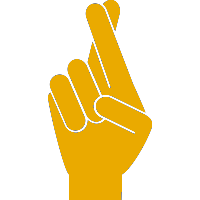 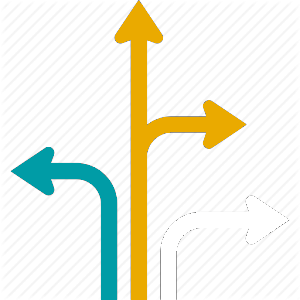 Giles has a background as a teacher in mainstream and specialist contexts. He spent most of his leadership experience as head of support services in a south London authority. This involved establishing provision for children excluded from schools and in-school practice for students with additional and special educational needs.  Fifteen years ago he began training in transactional analysis. He is now a training and supervising transactional analyst in the field of education.

Giles is especially interested in the relational aspects of leading in learning and developing values-based approaches to creating school culture. He enjoys teaching, spends much of his time training school staff and getting alongside teachers in classrooms. Giles writes on a range of themes about learning, schooling and what it’s like to teach.  Outside of working in schools he runs a small farm in east Suffolk.

Viv has been in the education profession for over twenty five years. She is a former primary head teacher and seventeen years ago was one of the youngest heads in the country to turn around a failing primary school.

“You created a really powerful space that helped us to connect deeply with what matters most to us“
“Restorative, supportive, fun and nourishing. Like no other course you’ll ever have been on but the only kind you’ll ever want to go on again!“
“Shared experiences and shared empathy have been really valuable to me“
“The space has helped us to recover and find again our spark“

Find out more about our “Heads Together” Community…

This residential is only one part of our membership offer for our “Heads Together” Community. To find out more about the whole provision of support, please follow the link below.