Isolation, stress and tears … the truth about being a school leader 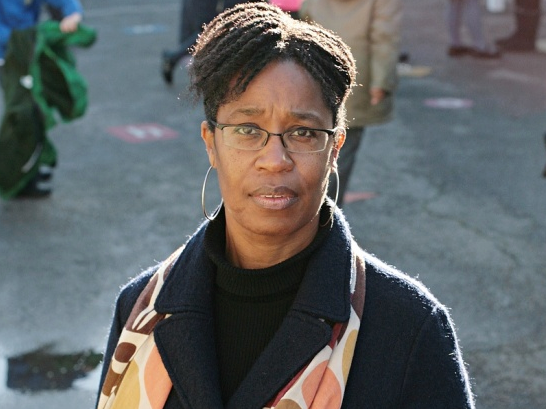 My parents were part of the Windrush generation of migrants from the Caribbean, and I am a child of the inner city. At school in the 70s and 80s, I was taught by more than a handful of teachers who had low expectations about what a young black girl could achieve.

I’d like to think that I confounded their expectations when, around 17 years ago, I became one of the youngest headteachers in the country to turn around a failing primary school.

It was a one-form entry school in Stockwell, south London, and had challenges, but I was determined that none of the children would fall victim to low expectations from teachers, as I had.

I was putting my all into it, and while I received nothing but praise and plaudits for the school’s improvements, inside myself another story was unfolding. After a few years in the post, I wrote in my diary: “The job is all consuming and I feel so alone. There seems to be no one I can go to when things go wrong, to talk through difficult situations. I love this school, I love my staff, and I love the children, but does leading have to be at such a great personal cost?”

In 2001, when I wrote this, the school was out of special measures, I had received accolades from Ofsted and the local authority, but at the end of each school week, I felt isolated, afraid and full of self-doubt. The emotional toll of dealing with challenging behaviour from vulnerable children, and sometimes staff, was vast. And I felt alone. It is difficult to show any vulnerability when – as a result of the “accountability” culture – your every word is interpreted and translated into the language of either “capable” or “incapable”.

Today, many headteachers spend Monday to Wednesday on a knife’s edge, waiting for the Ofsted call (which always comes on a Wednesday). Heads sit in fear on the day GCSE and Sats results come out, worried their careers will be over in the blink of an eye. Like many, I often felt unable to reach out for support.

New national standards were recently unveiled, setting out the “skills, knowledge and behaviour headteachers should aspire to”. Yet the environment for headteachers has become dominated by political bullying and fear. How can headteachers develop the skills the education secretary alludes to, and build the emotional resilience and courage needed to survive? Politicians from all sides use the education system to score points. Heads are bullied into accepting ever changing new initiatives, often based on mere ideology.

You rarely hear the truth about the fears many headteachers have.  The system doesn’t enable them to be honest about the pressure they are under, let alone find ways for dealing with it. Instead we have this myth of the superhead: the Teflon-coated leader who stands in the line of fire and at the end of each day says, “I wasn’t hurt.” This is the comic book hero concept of headship. Life isn’t like that.

This lack of compassion and understanding comes from the top. In 2013, the then education secretary, Michael Gove, accused heads of being “critical but not constructive” at a conference when they voiced anguish about the culture of bullying and fear. He told them they could like it or lump it:  “I thank you for your candour but if you don’t like it, one of us will have to leave …”  It was Gove who left, but the combative approach remains.

Increased competition between neighbouring schools, the threat of forced academisation, and growing levels of personal accountability have increased the pressure on school leaders.

What’s needed is emotional support and a space for headteachers to reflect on how well they are doing the job and what they could do better. Social workers have supervision to help them process their toughest cases, and corporate executives have space for “lessons learned” and continuous improvement between projects. School leaders need something similar.

In the absence of such support, heads wear a mask to give the impression that they are coping. Sometimes this means they can turn into a bit of an automaton: always giving, coping, running on autopilot. It can have disastrous consequences for family, friends and their school. You can’t pretend for ever.

I became expert at donning a mask in front of parents, governors and teachers. What headteachers are not told is that just like actors, there are times when the mask has to come off.

After another week of too many late evenings at school, I did a home visit to a mother who I felt was in danger of making the wrong secondary choices for her son.  I truly believed her boy was a star in the making, who could excel in almost everything if the right choices were made. But the parent shouted abuse at me.  At seven o’clock in the evening, didn’t I have better things to do with my time? Who the **** was I to come to her house and tell her how to raise her son? Why wasn’t I at home looking after my own son?

She was right. I had equated putting the children of my school first, sacrificing my life and failing to meet my responsibilities and needs as a parent, with being an effective headteacher. That night, I stepped into my car and I didn’t just cry, I sobbed until there were no more tears. It was a pivotal moment.

We all need to recognise that headteachers are mothers, fathers, partners. They feel hurt and pain. They experience self-doubt and worry. The superhead does not exist.  What do exist are normal human beings who have to survive in a system that sees a passion for high standards and compassion and humility as mutually exclusive.

If the new national standards of excellence for headteachers are to make any real difference, the next step has to be to use them as a tool to recognise the humanity of our headteachers. If we expect heads to achieve great things on behalf of our children, we have to accept that every day they “dare greatly” and we can no longer turn a blind eye to their great personal sacrifices.

Key tips on how to survive as a school leader

– Learn to put yourself first. It is only when your own needs have been met, that you can effectively meet the needs of others.

– Make time to think about what you want from your career and your life outside school. Ensure that as far as possible, you make quality time for you, your friends and family.

– Stop and reflect on times when you have been praised for your work as a leader. They will be there. It’s just that when stress levels are high and our emotions run low, we tend to focus in on the negative and filter out the good.

– Be brave. If a parent or a member of staff has been rude or abusive, don’t avoid dealing with the situation. It will only get bigger and become more of an irritant. Ask yourself: “What do I want the outcome to be from this meeting or conversation?” Then identify the actions that you will need to take.

– Recognise that one of the ways in which we build inner strength is when we learn to ask for help. When we ask for help, we accept that we need relationships and meaningful connections with others to help us overcome life’s challenges.

–  Find a fellow professional who will create a safe space where you can be vulnerable, let down your mask and talk through the impact your emotions have had on your thought processes and behaviour. In doing so, you will gain a deeper understanding of how your thoughts and emotions have shaped your ability to be resilient.

–  Regularly take time to think about your leadership style and skills. Learn to identify “peak” times in your career when you have performed at your best. Ask yourself: what skills, knowledge and qualities did I display? Have I developed these leadership attributes any further? What else do I need to do to develop myself as a leader?

– Don’t allow your diary to become so full with back-to-back meetings that you don’t have time to stop and think. Plan for thinking time and book it in, where possible, during the work day. This means you will do less worrying and fretting at home in the wee small hours.

Above all, know that you have a choice!

Yes, the current education landscape, can at times feel harsh, brutal and a very unsafe place to show up as our True selves, but it is necessary. Our schools, our young people need to be led by leaders who understand, as in the words of American author Brene Brown, ‘You can’t get to courage without walking through vulnerability.’

When I first became a Head, I looked at all the other Heads around me and firmly believed that no matter the circumstance, no matter the cost you had to soldier on no matter what.

I wasn’t aware that there was another option and that was, to ask for help. Well, that’s not right. My belief was rightly or wrongly that if I asked for help, it would either be a sign of weakness or it would be used against me.

I see many school leaders adopt this position, in today’s high stakes/high risks educational landscape it is understandable. However, it doesn’t mean that we should accept it as the norm. Too much damage is caused when we do.

We have to recognise that asking for help can be one of the bravest things a school leader to do. It takes courage, it takes bravery, it takes honesty and integrity, it can also lead to the path of greater personal and professional authenticity.

Whatever our goals, whatever our ambitions, we need this help, so that when the going gets tough, as it always does, we don’t fall down and remain on the ground, but are supported, so that we can get back up again and, with renewed focus and energy, carry on towards our dream.

Without support, the experience for a school leader can be both lonely and after time, can begin to hinder one’s growth.

Particularly amidst the growing emotional cost of leading, the complexity of the role and heightened pressure of being a school leader, support is increasingly becoming vital if our leaders are to sustain consistently high levels of effectiveness and develop.